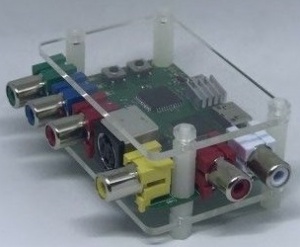 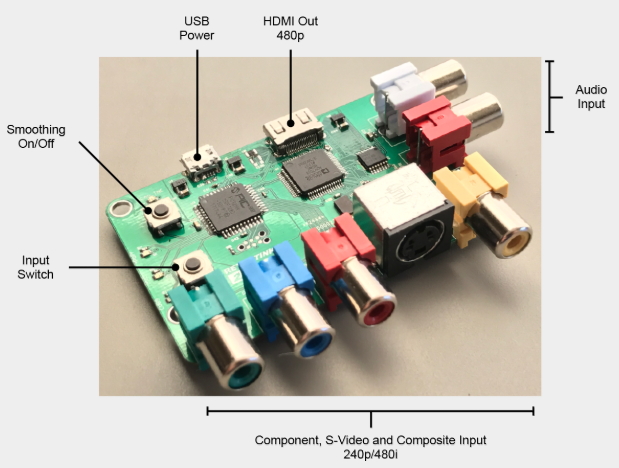 The version 3.2 firmware has additional modes for PAL-60. In addition, it has a RETRO and VIDEO mode for composite video. RETRO mode sets the Y/C filter settings optimized for simple pixel graphics to minimize ringing artefacts on sharp boundaries. VIDEO mode uses the default settings of the ADV7280 decoder and will automatically select the best settings based on the quality of the input signal.

Beware of using the RetroTINK 2X’s deinterlacer on sources that display static graphics or text for a long period of time. RetroTINKs deinterlacer produces a constant flickering effect, this can exaggerate image retention on IPS LCDs.

Note: Image retention is temporary and not the same as burn of CRT phosphors, plasma cells or OLED pixels. If this concerns you, contact your TV manufacturer for guidance - fundamentally image retention is a property of imperfectly designed LCD panels and not the video processor.

Additionally, if burn in of OLED panels concerns you, then do not use your TV for any source with static graphics. True burn in has nothing to do with the video processor. We do not believe bob deinterlacing used by devices like the TINK2X or OSSC have any impact on burn in or plasmas, OLEDs and certainly CRTs.

By default, the RetroTINK-2X outputs an HDMI video stream using YPbPr 4:4:4 limited encoding with audio packets. This should be compatible with most HDMI input displays.

If you have an older DVI only monitor, you can set the RetroTINK-2X to output a DVI stream with RGB full encoding and no audio. To do so: unplug the RetroTINK-2X from power. Press and hold the 'MODE' button as you plug the power in. You should see the LEDs blink momentarily.

Note: DVI mode is not remembered across power cycles. You must force DVI mode each time you power up the device.

Some displays have reported compatibility problems with the RetroTINK 2X. While this list should not be considered definitive until an entry has been confirmed by several users, you should nevertheless be cautious if buying a RetroTINK 2X specifically for use on one of these displays. Note: the new hardware/firmware revision likely has fixed these issues.

The RetroTINK-2X can be used as a video capture device but is not an optimal solution since it only incorporates a 2-D comb filter and has low tolerance to VHS errors since there is no frame-buffer for low lag operation. LaserDisc video output by a player with a built-in comb filter via S-video should work much better.

You can either output video line doubled (bob de-interlaced) to 480/576p which should work with most capture cards. It is also possible to output interlaced video but compatibility will be much poorer. We have verified interlace capture with the DataPath Vision E1 and OBS.

An instructional video can be found here [[1]]

Sorry, firmware files have been removed due to hardware piracy.

Version 3.2 - Special thanks to James-F who did virtually all of the work.