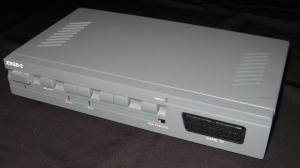 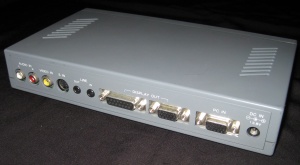 Note! that this is when using the RGB input (GAME IN) using the other inputs has a few unique extra features not shown here.